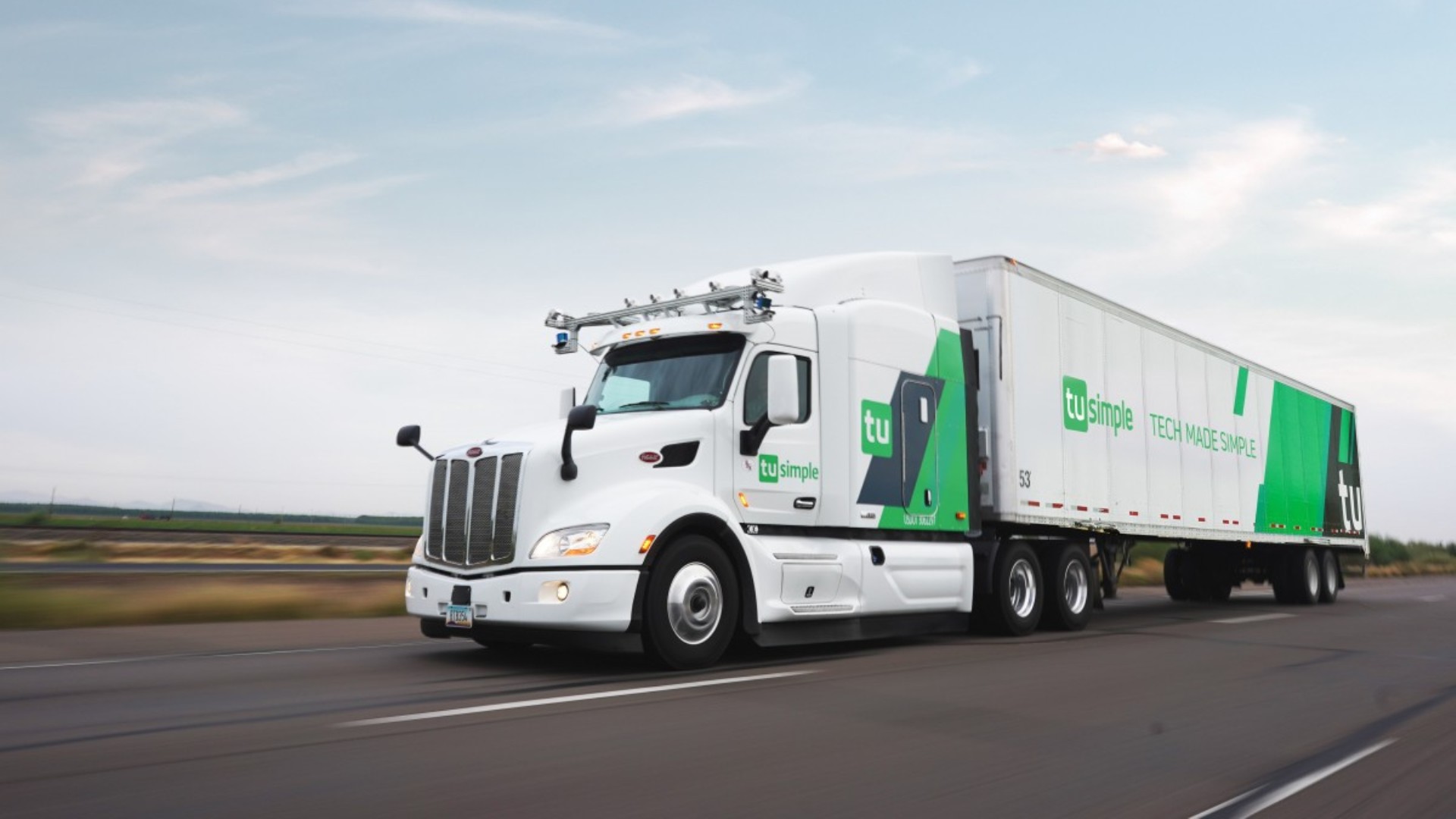 UPS Self Diving Trucks – TuSimple, the San Diego-based self driving truck company, has entered into a partnership with UPS to test self driving tractor trailer trucks with the aim of exploring uses for autonomous trucks in package delivery.

The testing, which has been ongoing since May 2019, has seen TuSimple’s trucks carrying UPS freight along a North American Freight Forwarding route in Arizona between the cities of Phoenix and Tucson. The trucks are Level 4 autonomous, meaning they are entirely computer controlled but still allow a driver to take manual control of the vehicle.

Engineers from TuSimple have been riding along in the trucks due to government regulations and to monitor the vehicles.

News of the tests only broke recently as USP announced that it had made a minority investment in TuSimple via its venture capital arm, UPS Ventures.

“While fully autonomous, driverless vehicles still have development and regulatory work ahead, we are excited by the advances in braking and other technologies that companies like TuSimple are mastering.

All of these technologies offer significant safety and other benefits that will be realized long before the full vision of autonomous vehicles is brought to fruition – and UPS will be there, as a leader implementing these new technologies in our fleet.”

TuSimple was founded in 2015 with the sole aim of bringing autonomous trucks to the market using its unique LiDAR-free approach.

Earlier this year, TuSimple also entered into a partnership with the United States Postal Service (USPS), wherein the company conducted a two-week pilot test in which TuSimple’s trucks carried USPS freight between distribution centers in Phoenix and Dallas – sharing the road with human-driven vehicles while doing so.

The TuSimple deal (which includes UPS Self Diving Trucks) is part of a larger UPS program to explore uses for emerging and advanced technologies – including artificial intelligence and IoT-related advancements – in applications such as improving fuel efficiency and customer service.

UPS Ventures was first founded in 1997 as the UPS Strategic Enterprise Fund and purchases minority stakes in companies that it believes can have an immediate impact on the UPS logistics network.

“The UPS Ventures mission is to build collaborative relationships with early-stage companies that provide capabilities and insights that accelerate technological advancements within our network,” UPS Ventures Managing Partner, Todd Lewis, said in a press statement.

“UPS Ventures collaborates with startups to explore new technologies and tailor them to help meet our specific needs.”

UPS already currently contracts out to third-party trucking companies during peak shipping seasons such as holidays. By its own estimates, TuSimple believes its autonomous trucks could cut UPS’ average purchased transportation costs by up to 30 percent.

Truckers Must Apply For COVID-19 Certificates